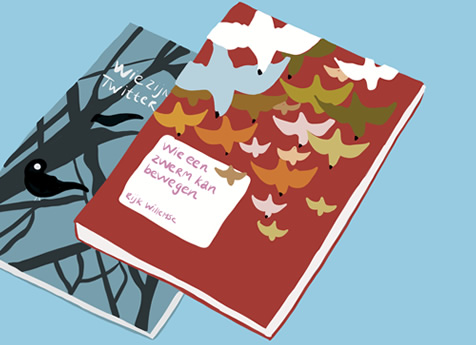 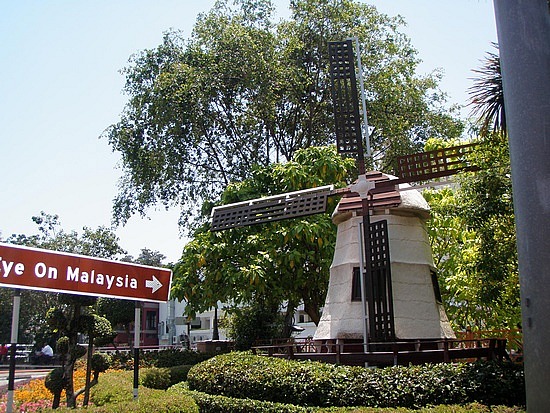 It all started with a tweet-up with @ThomasMarzano, another social-media-fountain of online knowledge I happen to know personally. I commented on his observation that the Dutch are the most prolific tweeps in the world, by stating that these statistics might be spoiled by schedulers like Bufferapp (an excellent twitter scheduler that recently hit the market).

Leo Widrich (@LeoWid), co-founder of Buffer immediately entered the conversation with: "@rijkwillemse Thanks for the mention Rijk, sorry, had trouble following the convo, is anything wrong with the stats? :) - Leo @ThomasMarzano". 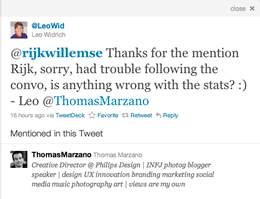 I replied a soothing statement, explaining the irony of schedulers being so helpful and affecting the statistics at the same time. Thomas stated: "@LeoWid I think @RijkWillemse is liking bufferapp like me and @askaaronlee ".

Enters Aaron Lee, from Malaysia. Selamat Datang!
Aaron Lee is a very prolific tweep (41,926 Tweets, 131,449 Following, 173,353 Followers) - like @ThomasMarzano - and a very productive blogger. His blog askaaronlee.com is a very rich source of high-quality content on social media and their application. Please, check it out.

You can imagine that I felt honored to be linked-up unexpectedly with all these forerunners of social media, and to be introduced to so much knowledge, worldwide.